On Thursday 13th September 2018 will take place at Queen Mary University of London (Mile End Campus, Arts One Building, Room 128) the international conference Mis-Shapings. The Art of Deformation and the History of Emotions. I’m organising the conference, as coordinator of the Marie Skłodowska-Curie research project Misshaping by Words, in association with the Queen Mary Centre for the History of Emotions.

Concept
A well established and long-standing bond exists between the representation of the forms and postures of the human figure and the expression of emotions. But how does this change when the body represented is deformed or mis-shapen? This is a question that an interdisciplinary range of scholars, covering a wide chronological period that extends from the Renaissance to the 20th century, will explore in the one-day Mis-Shapings conference. 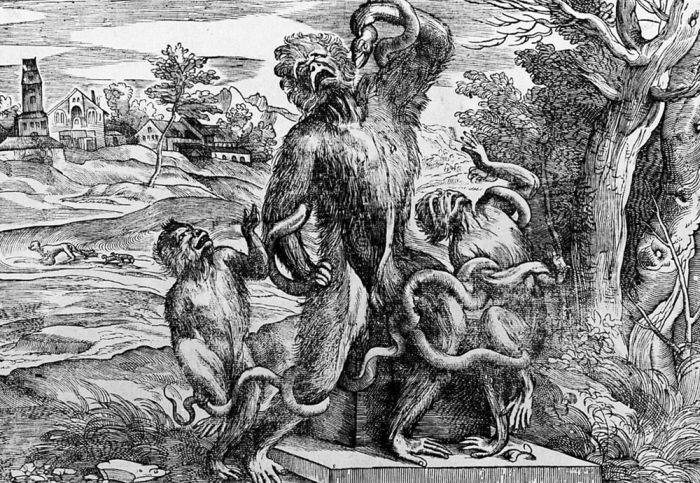 Niccolò Boldrini, Caricature of the Laocoon, after Titian, 1540

Aby Warburg’s classic research on what he called pathos formula explored how particular gestures and movement in art can be interpreted as signs conveying emotional meanings. Similarly, physiognomic studies sought to connect facial expressions with inner states and emotional fluctuations. There resulted a repertoire of images – both verbal and visual – which registered a language of emotions. The physiognomic gaze overlapped, moreover, with medical and scientific analyses which sought to detect from the surface of the body what was going on underneath. More recently, psychology has also posited multiple connections between physical appearance and states of mind, while neuroscience has also begun to enhance our understanding of how the human brain reacts to deformation, recognising emotions in the changing dispositions of shapes and colours. Given this context, both deformed representations of the body and representations of the deformed body have associations with the emotions that need to be understood historically.

Take a look at the paper’s abstracts and the speakers’ profiles.