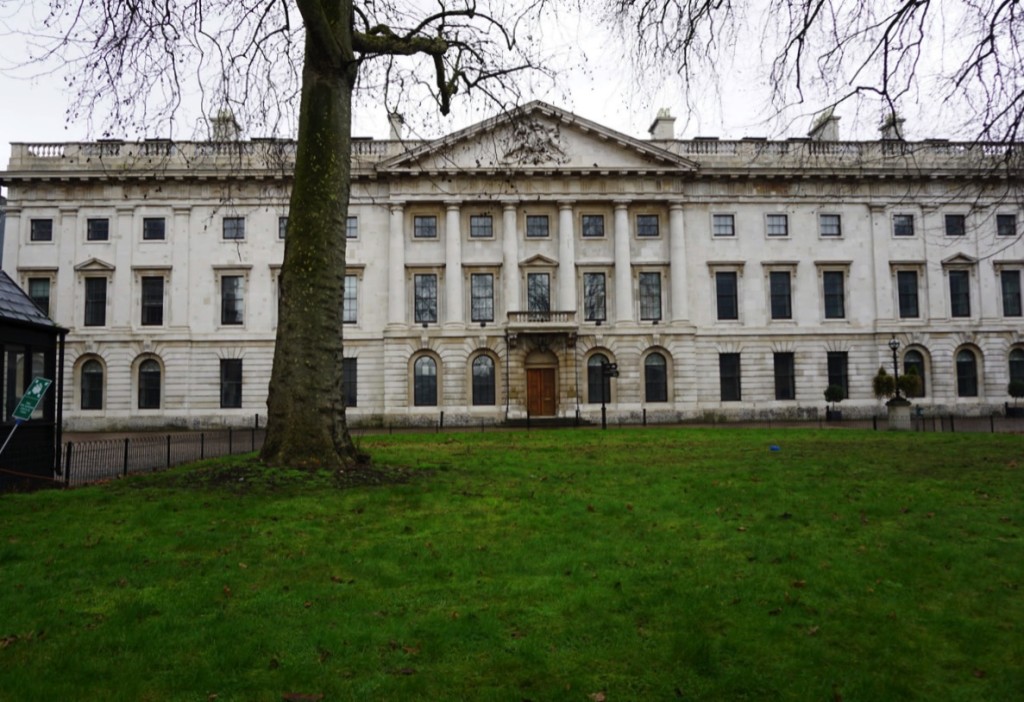 This past week’s excursion took the class around the areas of Medieval London that had particular relevance to the Black Death. Our purpose was to understand the impact that they had on London during the plague. The first stop on our tour was the Royal Mint, which was built on Saint Mary Graces. St. Mary Graces was a Cistercian abbey built between 1350-1539; however, prior to being built, the primary function of the area was the mass burial of Londoners who had fallen victim to the plague. Unfortunately, the Mint has been closed to the public for the last few years, so we were unable to access the excavation site of St. Mary Graces. However, it is quite fitting to find the Royal Mint closed, because throughout history the land has repeatedly been left unused and reused. There were several efforts to build on the land as an abbey, then a manor, and then eventually as a Royal Navy Yard. Finally, the Mint that occupies the site today was built. Over time, all have failed to remain open and conducive to London and its citizens. 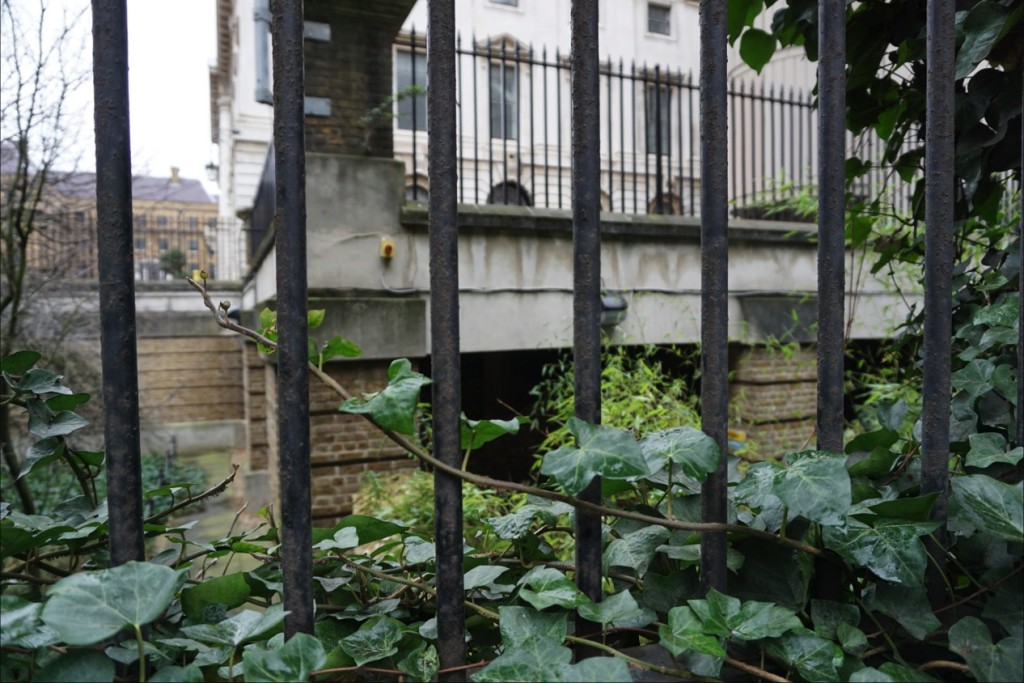 Our next stop was a section of the Medieval wall of London, the wall stands in complete contrast to the predominantly modern surroundings. 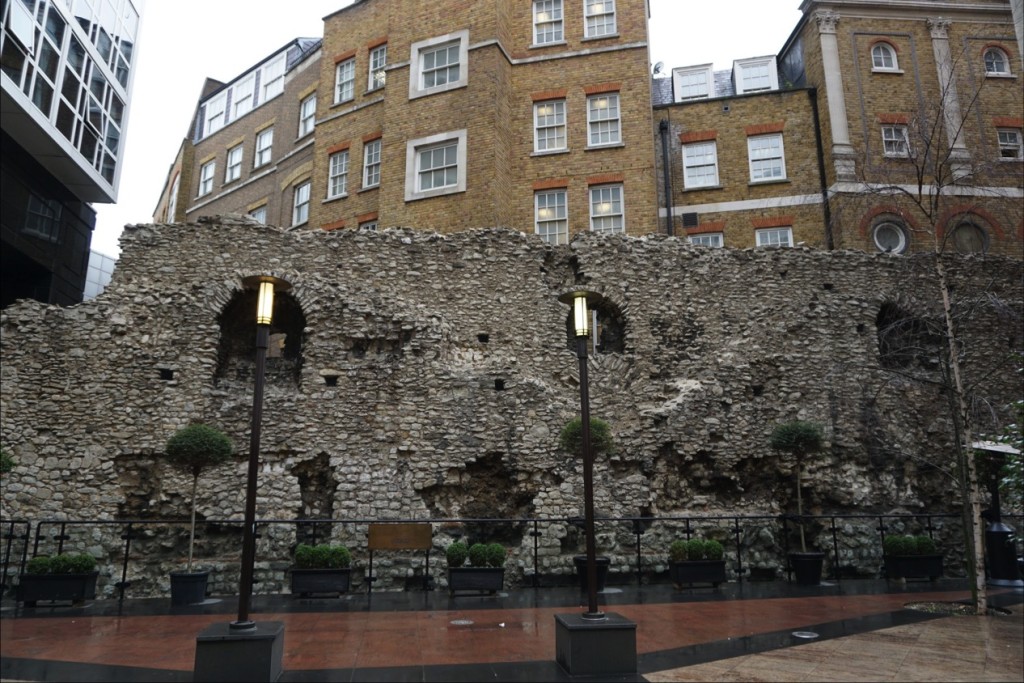 London’s street names provide a link back to its medieval history. Streets such as Crutched Friars, which we passed during our walk, refer to old church orders. Even if the street has been completely rebuilt, history is very slow to change. 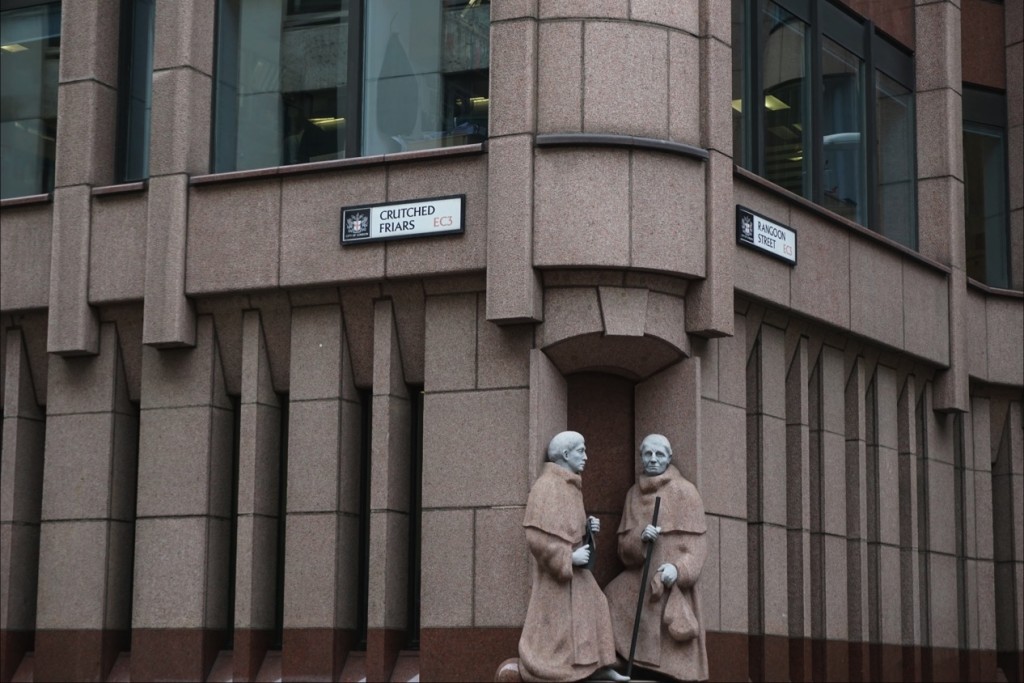 St. Helen’s medieval church in Bishopsgate was out next stop. Although the church dates back to the 12th century, its structure has been continuously restored with a number of materials. A rather subtle contrast between old and new, which the picture suggests. 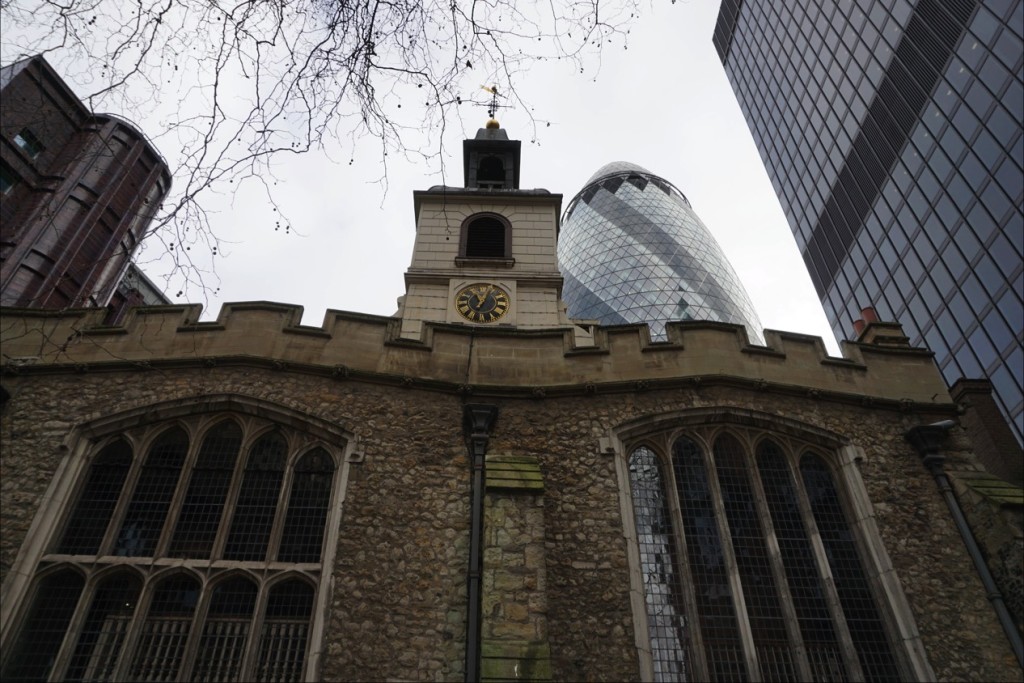 Our last stop was the Guildhall. Guildhall was a place for business, trade and housed authority. ‘Guild’ primarily means to pay, yield or produce, London Guilds were essentially trade associations and were highly influential.  Eventually, the Guildhall rose in prestige and prominence to serve as early Medieval London’s town hall. 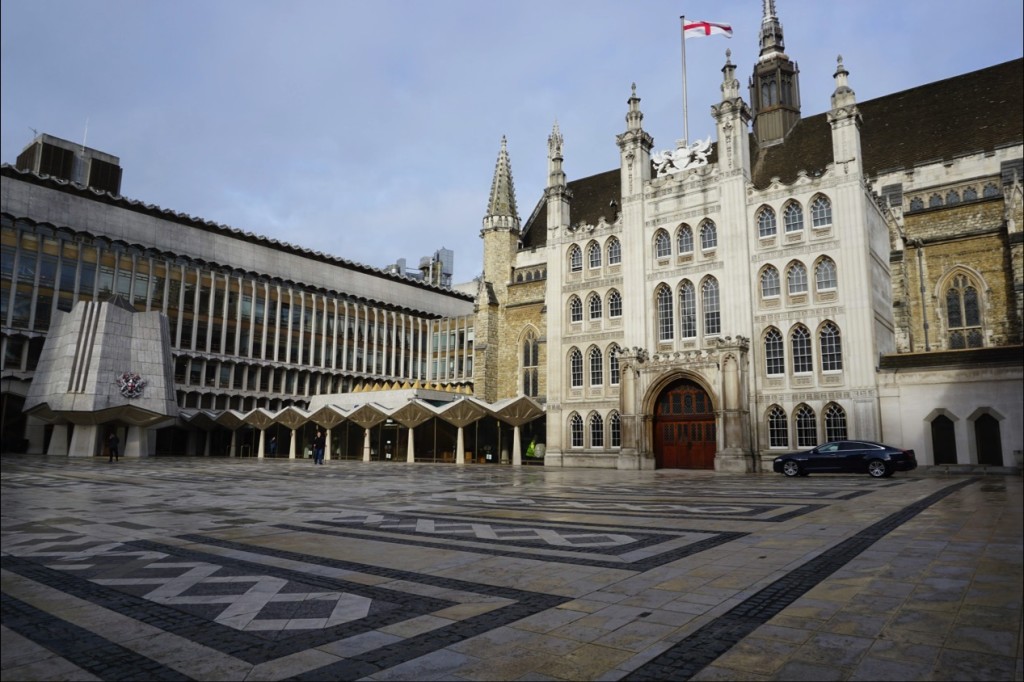 Addressing women’s involvement in guilds was a particularly relevant theme of our excursion. This was reflected in the primary documents and manuscripts that we addressed inside the Guildhall. One document was the transfer of property from daughter to mother during the highpoint of the plague. The fact that a letter was written to document the exchange of land suggests that law and order was still followed during the time of the plague. This shows that despite the impact of the plague, society still was able to function normally. Another manuscript that we looked at was a historical record of a guild that spanned decades over time. Most interestingly was the change of language, from French and Latin to English as the book pages and date progressed. It was a fascinating example of the transformation of language in London.

Overall, the excursion was an interesting way to fully experience London and see its growth from the Medieval era to the modern. The similarities and contrasts between the past and present allow us to see London’s history as a whole.