The London Wall was initially created by the Romans to defend their city of Londinium between 190 and 225 AD. This was the first stone fortification around the city. It surrounded the city on all four sides, including the side along the river, and had only 4 gates serving as thoroughfares, making the city a sort of fortress.

As time progressed, the wall changed, bastions and turrets to hold catapults were added, the wall along the Thames disappeared. The wall was incorporated into defenses, and ultimately, buildings were built up around it throughout the middle ages and after to cause the wall to practically disappear. That is why it is only visible in fragments today. 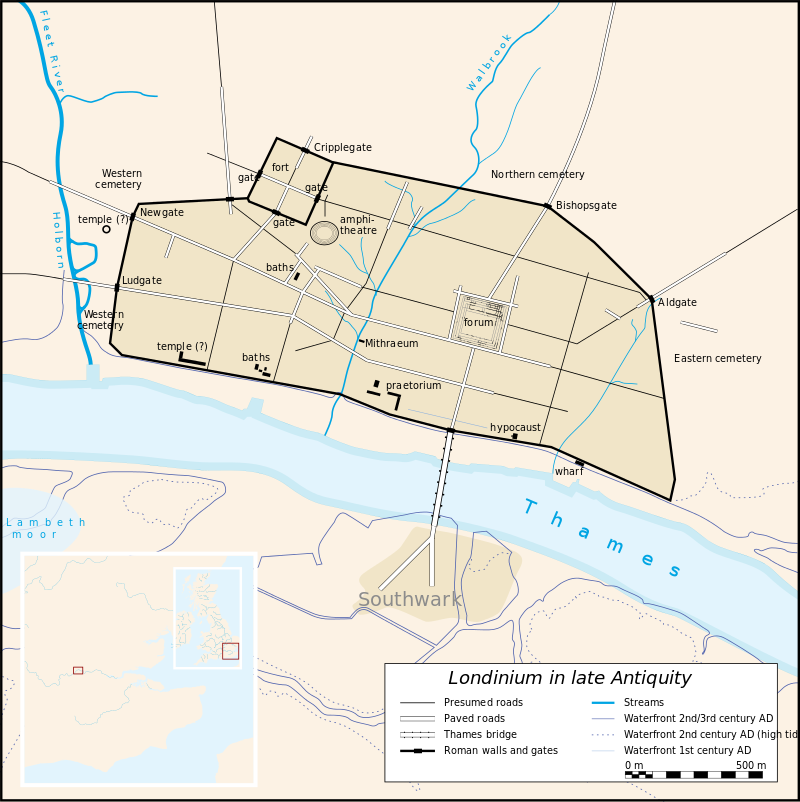 The initial purpose of the wall was that of defence. From the seventh to ninth century, most of London was located outside of the initial walls. When vikings became a threat, citizens moved back within the walls which had been augmented with towers for archers to perch and guard the city. Citizens were kept safe by a curfew and 24 hour guards around the wall. The defensive strength of the wall was increased by the fact that the outside of the wall was surrounded by a massive ditch on three sides, and the river on another, providing yet another layer of protection to the city. Though the wall was standing long before Medieval London existed, it played a prominent purpose in the planning of the city during the Norman Conquest of 1066. It was incorporated into the main defences of the city as the city was restructured. The last time the wall surrendered to force was Alfred the Great’s invasion of 886. Additionally, the wall also protected outer London from being affected by the Great Fire of 1666. 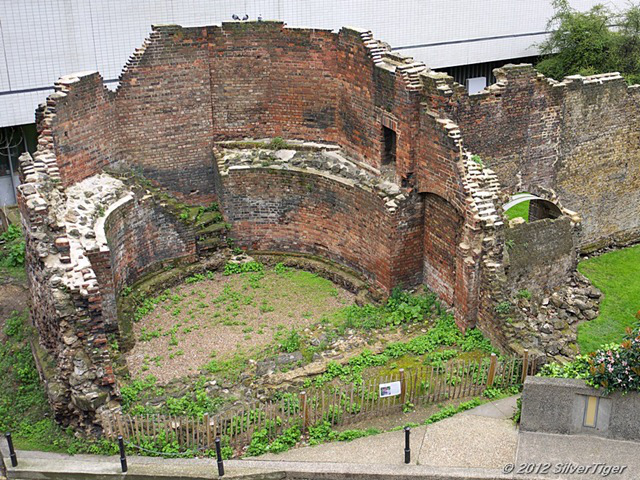 The London Wall was also a symbol for division between medieval society. Not only did the wall serve to deter physical threats, but also separated members of society into “insiders” and “outsiders”. This lead to the marginalisation of those situated outside the wall (E.g. Southwark), labelling them as outcasts.

This is described by Rexroth, who notes that “locals who could not feed themselves and those inhabitants who barely subsisted in their own households…could hope hope for assistance, whereas beggars from outside the city, or those who were of sound body or who merely feigned infirmities, were to be expelled as quickly as possible.” (Rexroth, 8). This social disparity is also seen in the preserving of the walls, which was of enormous important to medieval Londoners. At each gate, a toll was paid and a rent was charged for leasing out the gatehouses and towers to hermits, anchorites, and city officials. Each London citizen had to pay “murage,” or a tax for the upkeep of the walls. Hence, the poor were unable to fulfill ‘city’ requirements.

The social functions of the wall also extended to political matters, as jurisdiction within the walls often varied from outside, signifying further division and an increasing level of complexity in medieval society. Thus, the somewhat elitist nature of a socially and economically thriving London is reaffirmed in the purpose/result of the London Wall.