In 1246, Henry III gave a piece of land to Peter of Savoy, the Earl of Richmond, to build a house: an English home. In 1263, he built Savoy Palace. The Palace was on the Strand, the strip of land between London and Westminster, which at the time were separate cities. 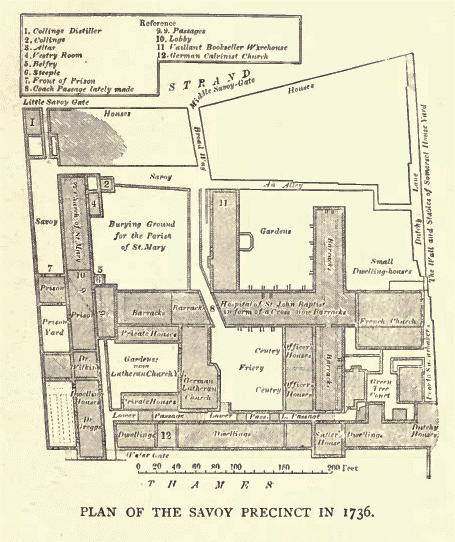 It was one of the most desirable locations in England, and of all the big nice houses surrounding, the Savoy, bought and developed by the house of Lancaster through the fourteenth century, was for a long time the biggest and the nicest (C. Barron, ‘The Later Middle Ages: 1270–1520’, The City of London from Prehistoric Times to c. 1520, ed. Mary D. Lobel (Oxford, 1989), p. 52)).

No contemporary view of the palace exists, but there is a general agreement on its magnificence. The structure was probably a courtyard surrounded by domestic buildings, with a chapel and a cloister. Outbuildings included a kitchen and a bakehouse, as well as stables. Overall, the descriptions of the Palace are very pastoral comparative to what is now central London; a lot of the buildings were probably thatched, as this was standard on the Strand at the time, there was a water-gate and gardens to supply the Duke’s household, as well as a famous rose garden. It was also extremely large, housing up to 150 knights with all their retainers, as well as hundreds of servants, clergy and financial clerks, including at one stage Geoffrey Chaucer, who began writing the Canterbury Tales while working there (L.W. Cowrie, ‘The Savoy: Palace and Hospital’, History Today, 24.3 (1974), p. 173). 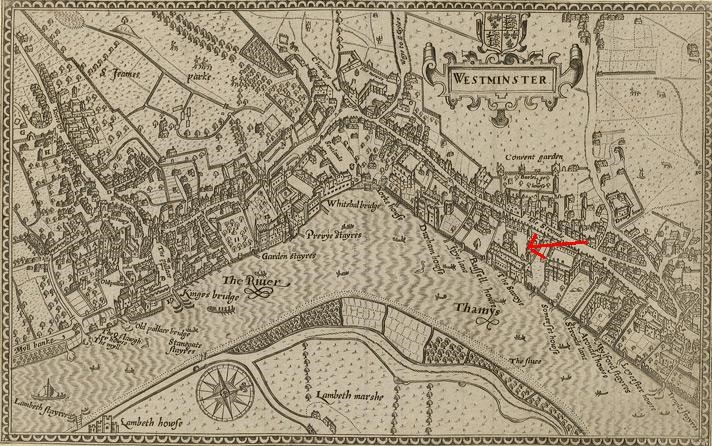 John of Gaunt, Duke of Lancaster, was the last owner of the Savoy palace. John of Gaunt, depicted to the left, was one of the richest and most powerful people during his time, being the son of King Edward III.  He served as the nation’s power broker and was hated by the local peasants for his greed and perceived 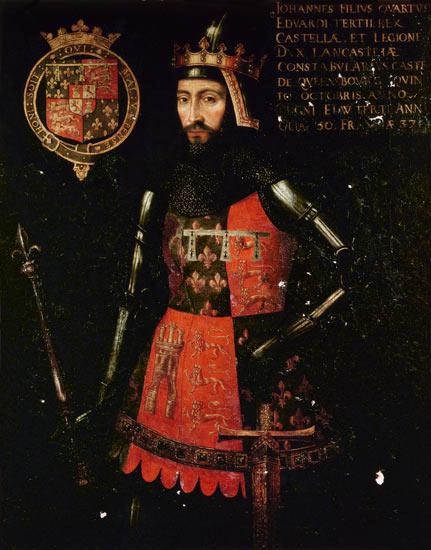 influence in the poll tax which charged peasants in order to support the war effort.  In anger and disparity, a large group of peasants, led by Wat Tyler, started the peasant’s revolt.  Their first act once they reached London was to make for the Savoy; which at the time was stated to have no equal in beauty and magnificence.  An account notes that the peasants ‘tore to pieces cloth of gold and silver and rich tapestries, broke up the rich furniture, crushed the Duke’s plate, and ground his jewels and precious stones under foot.  All that could not be destroyed was thrown into the river.  When the work of destruction was over the Savoy lay a smouldering ruin’ (S. Armitage Smith, John of Gaunt (London, 1904), p. 247). There was no resistance to the destruction.  Law enforcement and locals stood by in silence.

The land where the Savoy once stood remained 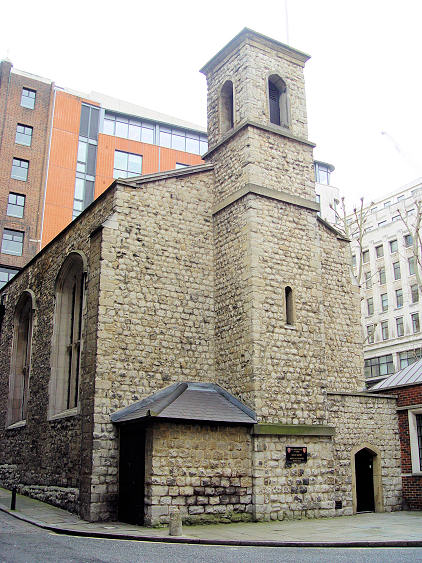 unoccupied for hundreds of years until Henry VII founded the Savoy Hospital for poor, needy people.  It opened in 1512, being one of the most impressive hospitals of its time.  A century later much of the structure was destroyed in a fire and was later demolished with the exception of the Savoy Chapel(depicted to the right).  The Savoy’s site is now occupied by the Savoy Hotel, Savoy Theatre, along with the Savoy Buildings and Savoy Place.

By Kate Burgess and Katie Gibbs