Museums are a valuable resource for those who study the past. On our excursion to the Museum of London, we had the amazing opportunity to see fragments of London’s history up close and personal. We were fortunate enough to get a tour of the medieval section from the curator herself, whose knowledge is furthered by her years of experience as a working archeologist in London. Archeological evidence, which makes up a good portion of the museum’s collection, can be very useful as long as it is considered alongside other kinds of sources.

The same can be said for museums more generally. While museums provide the opportunity to study artifacts for oneself, we must remember to also examine the way in which the museum chooses to present those artifacts. The importance of considering the museum’s interpretation cannot be overstated. An example of the Museum of London’s interpretation of a historical event was the short film on the 1348 Black Death in London. The film sought to emphasize the uncertainty and fear of the time period through the use of many low voices talking in the background. These voices listed locations that the plague had struck and symptoms of the disease, as well as reciting apocalyptic biblical verses. The film used imagery of fire and bones heavily. This film was the Museum’s attempt to picture life in London in 1348-49, an attempt that may or may not have been entirely accurate. 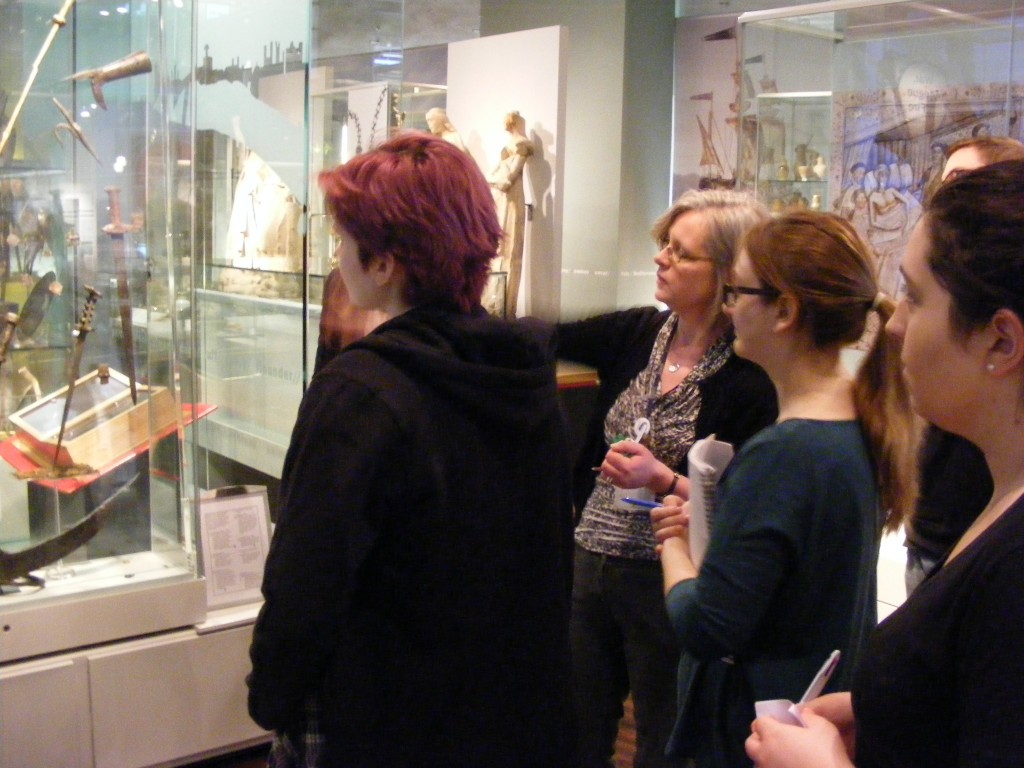 After the tour and browsing the displays, we moved to a learning space to handle medieval objects from daily life. Some of the objects, like chain mail, were instantly recognizable, while others appeared strange and alien. These objects allowed us to begin to piece together the day-to-day life of the medieval Londoner. They showed us how he cooked, dressed, and did business. These small things all add up to a way of life that is very relevant to the study of history. 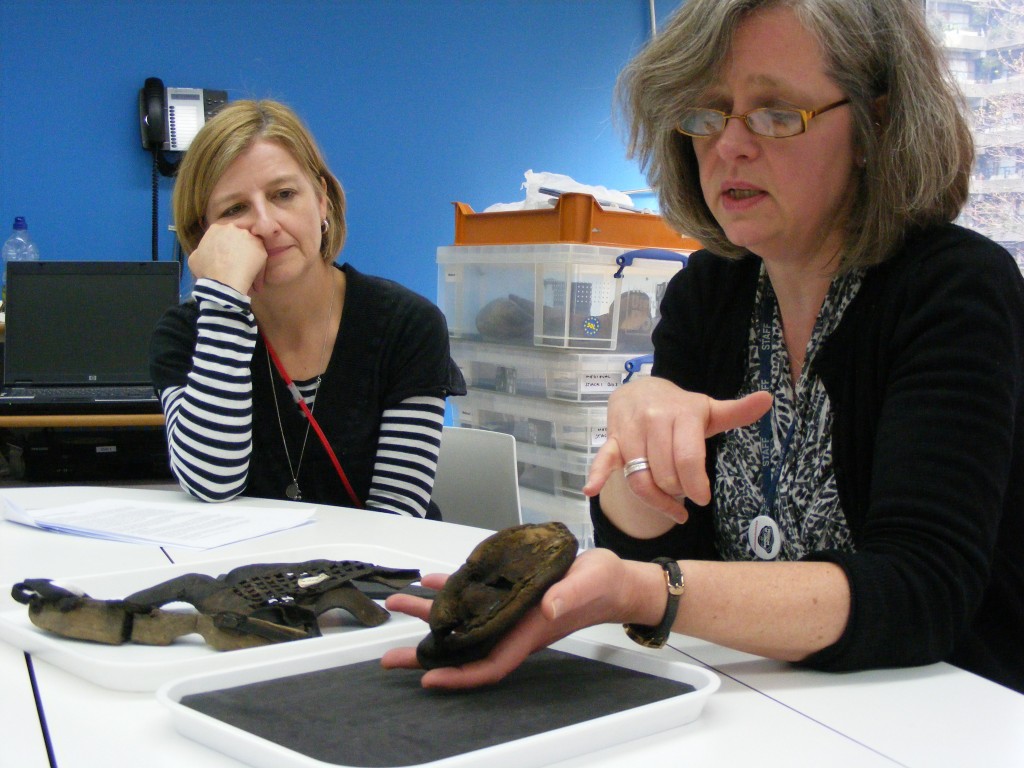 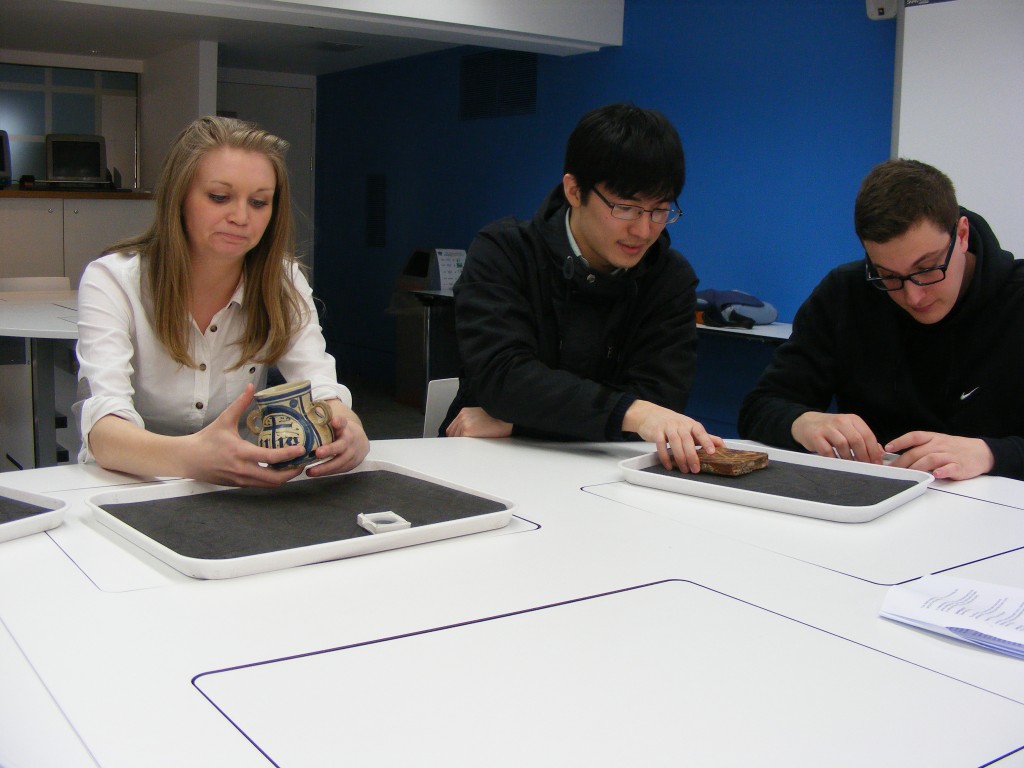 Moving outside the Museum, we came to a section of the old London city wall. The wall was constructed by the Romans around 200 CE, most likely as a response to the civil wars in the empire during the late second and early third centuries. It was built of ragstone shipped up the Thames from Maidstone, and the wall’s interior space was filled with ragstone rubble and a hard mortar. Horizontal bands of red Roman tile were also laid, and these helped to ensure that the wall remained level over distance. These bands are more readily visible in the section of wall by Tower Hill than in this one. However, this wall did show the medieval repairs and additions that often cover the Roman parts. With its backdrop of a modern building, it also demonstrated the vital nature of the city. Because London has been a significant city for a very long time, construction and growth were and continue to be almost a constant. The old and the new exist together, and often right on top of each other. 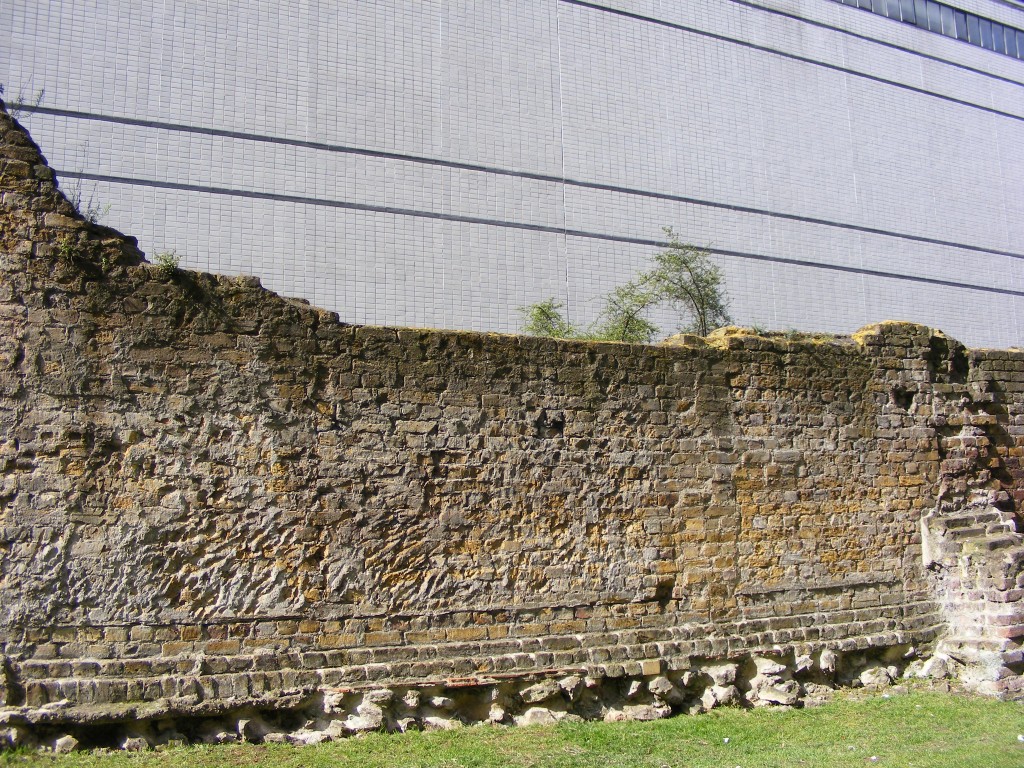