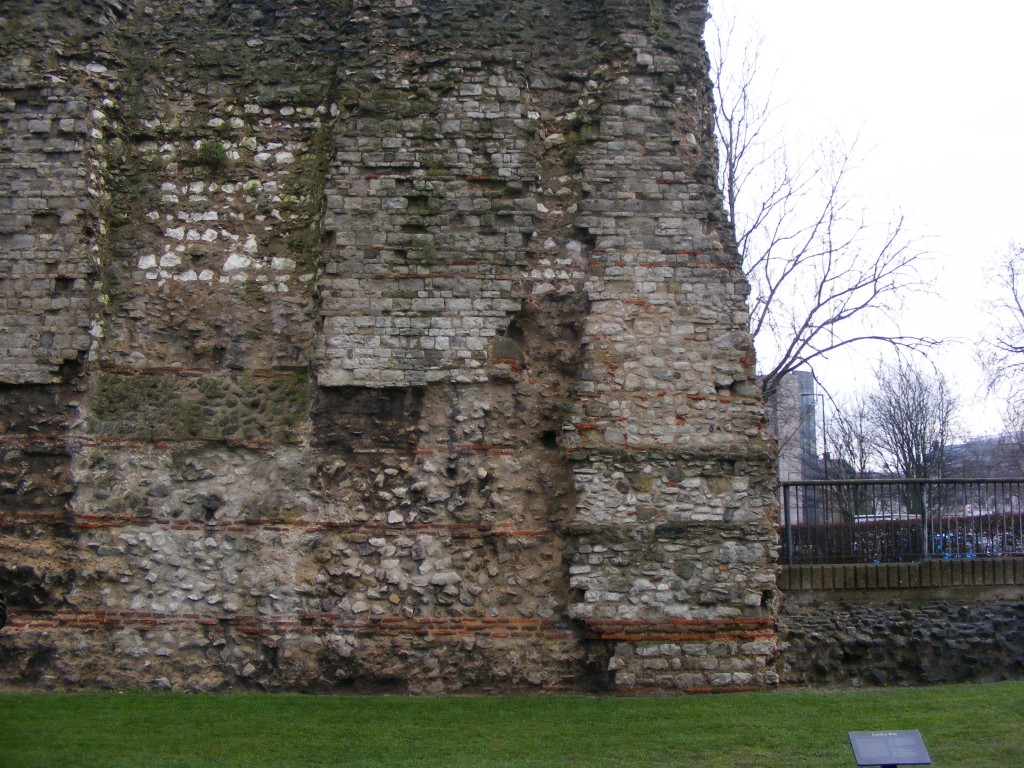 Meeting at tower hill tube station, the first thing that strikes you is two of the few remaining pieces of medieval architecture in the city. The Tower of London to the north and part of the old medieval city walls to the east. They are surrounded by modern architecture and show evidence of repairs and updates themselves, and this impact of the old against the new sets the tone for our excursion.

We make our way to the site of St Mary Graces entering through a gate to what is now the under croft of a 1980’s building.  Looking at the remaining ruins again one can clearly see the contrast of the old against the new with additions from when the site was used as a yard for the Royal Navy. Owing to the ruins being essentially part of the basement it is difficult to gauge to size and scope of the buildings but the pieces of stonemasonry that are still visible begin to give an impression of the building as it was. We discussed the history of the place, its continued uses over time. In particular it is intriguing that it is only in recent years that the site has been used for anything residential. It seems that the stigma of the plague pits lingered.

After having a good look around the remains of the abbey we then walk through London taking in the contrast of London’s some of London’s few remaining medieval buildings, the lingering road names. We head to the Guildhall to view some manuscripts which could give us additional insight into the experiences of the plague.

The first of these documents provide details of the transference of Property between a Mother and her Daughter, both widowed, over the few years that the plague was rife. The documents give an excellent insight into the mentality of the pair, clearly concerned about what would happen to their property in the case of eithers death. It is also interesting to note that both are widowed at the same time which would have been highly unusual. We then see in a later document that the property is transferred back and at this time it can be seen marriage has been made to another member of their guild of the weavers, indicating guild practises of taking care of their own.

Going on to look at the other documents we see more yet evidence of the impact of the plague. Particularly striking are the details of the huge uptake of new members into the guild following the plague in one of the books, presumably to replace those that have died.

The books containing records have many pages added from later dates, pages left empty for new additions spaces left for the work of illuminators which have never been added. The books, like London, have morphed and changed over time. The materials used in the books have also changed with the shift to paper being very apparent to the touch.

It is apparent that though there are continuous changes both through the books and the buildings making it clear that it is vital not to take just a snapshot it time but also to consider what came before, what came after, and what may still be to come.