On April 7th I participated in the British Society for Literature and Science annual conference at Oxford Brookes University, with a paper entitled Out of the Comfort Zone. Dan Brown’s Origin as a standpoint on literature and science. What follows is the text of my talk.

In his last novel Origin, the bestselling author Dan Brown imagines that an acclaimed scientist and futurist, whose name is Edmond Kirsch, is about to announce a disrupting scientific discovery on the origin of life. Right before the spectacular presentation of his research, Kirsch tells his long-time friend and old-fashioned humanities scholar Robert Langdon, the main character of several Dan Brown’s novels, including the groundbreaking Da Vinci Code: «Tonight is all about pushing people outside their comfort zones».

Similarly, the novel itself can push literary criticism and the humanities outside the comfort zone of their acknowledged interpretative practices, usually at unease with the analysis of such cultural objects, socially meaningful but aesthetically controversial. For sure, it pushes me out of the comfort zone of my research on Italian Studies, unfamiliar with popular and science fiction. Still, I decided to take-up Dan Brown’s challenge and displaced myself to look at the relationships between literature and science from the standpoint of a popular bestseller novel. To learn from the bestseller, where outstanding scientific discoveries are both simplified and overstated to fit into an appealing narrative framework, how literature and the humanities could address the major challenges entailed in the current scientific debate. 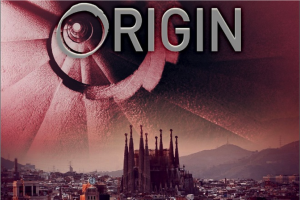